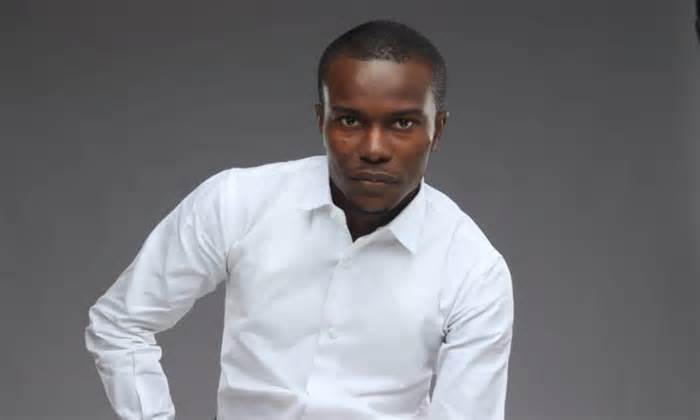 Virgil Abloh, the artistic director for Louis Vuitton menswear and founder of the label Off-White, has passed way of cancer at the age of 41. The news of his death has sent a shockwave across the fashion world with celebrities and fans grieving the loss. The renowned designer had collaborated with numerous celebrities over the year, leaving behind a permanent footprint on the fashion industry.

Often referred to as a 'Renaissance man in the fashion world', Abloh was one of the most celebrated fashion designers who brought street fashion to the catwalk. “Streetwear in my mind is linked to Duchamp,” Abloh told the New Yorker in 2019.

Most famous for his tenure at Louis Vuitton, he was the first African-American artistic director and one of the few black designers at the renowned fashion brand.

LVMH, Louis Vuitton and Off White are devastated to announce the passing of Virgil Abloh, on Sunday, November 28th, of cancer, which he had been battling privately for several years. pic.twitter.com/9JkyCcBYXm

“This opportunity to think through what the next chapter of design and luxury will mean at a brand that represents the pinnacle of luxury was always a goal in my wildest dreams," Abloh told New York Times after his appointment.

It was his ascent to the helm of the world's biggest luxury fashion house that served as an inspiration to countless black artists across the globe. In July 2020, he announced a scholarship fund worth an initial $1 million “for students of academic promise of Black, African-American, or of African descent.”

Much to everyone's surprise, Abloh had no formal fashion learning. Born in Rockford, Illinois to Ghanaian immigrant parents, he learnt how to sew from his mother who was a seamstress. He graduated in architecture and during that time, he designed T-shirts and wrote on fashion and design for the blog, The Brilliance.

While working on his designs at a Chicago print shop, he met Kanye West, now known as Ye. His designs caught the latter's eye and set the tone for their future collaborations. The duo interned together at Fendi in 2009. He served as the creative director of Ye's creative agency, Donda and as the artistic director for the Jay-Z/West Album, Watch the Throne, for which he was also nominated for a Grammy.

“Kanye wasn’t going to put his art form in the hands of the art department at the record label. So he was like, ‘I am going to hire you, and let’s literally work on this 24–7, laptop in hand, nonstop,'” Virgil told GQ in 2019.

It was in 2012 that Abloh launched his first company, Pyrex Vision. The streetwear men's brand had him purchasing old stock made by Ralph Lauren, screen-printing designs on them and selling them for as much as $500. It was merely an artistic experiment that he shut down a year later.

The following year, he founded his own label, Off-White which he described as "the grey area between black and white as the colour off-white" to the fashion world. Within no time, his label found success as various celebrities were seen adorning pieces from Off-White. Also, he went to collaborate with companies like Nike, Jimmy Choo, Ikea among others.

"Nike is progressive. We did a collaboration to find new space," he told Footwear News in 2017.

His work was exhibited at the Louvre, the Gagosian and the Museum of Contemporary Art Chicago, Reuters reported. His impeccable body of work earned him a place in Time magazine's list of most influential people in 2018.

In 2020, the ace designer teamed up with Mercedez Benz to create a conceptual version of the Mercedes-Benz G-Class car called Project Geländewagen. "My ultimate goal in this project with Mercedes-Benz is inspiring young artists, engineers, designers to question the status quo, in addition to experimenting with my own design abilities," Abloh told dezeen in 2020.

Earlier this year, South Korean boy band BTS made their runway debut for Louis Vuitton, wearing looks designed by Abloh. In his show notes Virgil shared the inspiration behind came from the “idea of challenging preconceived notions and reimagining established codes.”

Amidst all the highs of his illustrious career, he was also on the receiving end of criticism on more than one occasion. In 2020, during the Black Lives Matter protests following George Floyd's death, Abloh came under scrutiny for his comments about the looters during the protest.

After a streetwear store was looted, the designer had taken to Instagram to condemn the act telling people to "hang your head in shame." He received flak for his comments with people accusing him of reducing the protest to a cultural war and not demonstrating adequate support to the protestors.

"I apologise that my comments yesterday appeared as if my main concerns are anything other than full solidarity with the movements against police violence, racism, and inequality," he had written in his apology letter, shared on his social media accounts.

Earlier last year, the designer also received backlash for his cover design for Pop Smoke's posthumous album, Shoot for the stars, aim for the moon. The late rapper's fans were quick to point out that the cover design seemed rushed and wasn't good enough. Upon receiving the backlash, the design was changed.

Virgil Abloh passes away at 41: A look at the fashion designer’s creative journey

Read Virgil Abloh passes away at 41: A look at the fashion designer’s creative journey by MSN

Looking back at Virgil Ablohs most iconic moments

Read Looking back at Virgil Ablohs most iconic moments by HELLO! Magazine

From stand-in stars to tech titans: The Observer’s faces to watch in 2022

Read From stand-in stars to tech titans: The Observer’s faces to watch in 2022 by The Guardian

Read In memoriam: Those we lost in 2021 by Omaha.com

No comments to show.